A Musician’s Approach to Medicine

Chemistry major and cellist Sydney Seavey ’20 shares how she has found harmony in music and the path toward medical school. 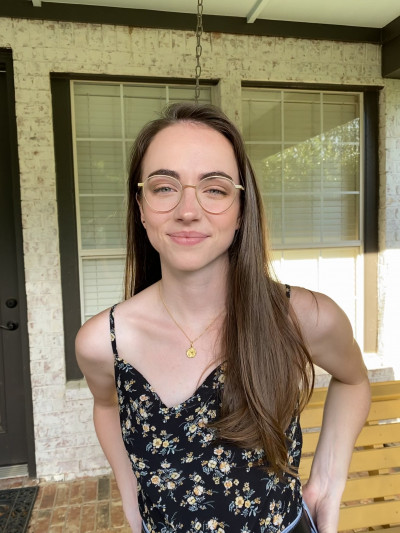 Sydney Seavey ’20Many articles have been written about the benefits of a music background in medical professions. The fine dexterity needed to play a complex concerto can translate to a delicate surgery, and the commitment it takes to master an instrument can equip one for the long hours of study and practice in medical school. For chemistry major and Southwestern orchestra member Sydney Seavey ’20, the ways that music and medicine have shaped her life often fall in sync.

Seavey’s interests in both music and a medical career were sparked when she was young. “I’ve always known I wanted to be a doctor since [I was] seven years old,” she reflects. Her sister had been diagnosed with Crohn’s disease two years earlier, and it was during the many doctor’s visits her family attended in the months to follow that she discovered what she wanted to be when she grew up. Her parents fostered her curiosity by encouraging her to talk with doctors and ask questions about their jobs any time she had an appointment.

In fifth grade, Seavey decided to join the school orchestra. She chose to play the cello, mostly because her older sister had played it before her, so there was already one at the house. While her sister moved on to other interests, Seavey’s music practice became an integral part of her social and academic life. She performed in the orchestra throughout middle school and high school, composing a community of musician friends who kept her focused and motivated. “I took all my classes with them, we always studied together, and then we practiced together,” she remembers. “It turns out that they were always the best students in the school, performance and involvement-wise, and, you know, you are who you surround yourself with.”

When Seavey arrived at Southwestern, she was not expecting to be able to perform with the orchestra because she was majoring in science and not music. Then, at a club and organization fair during orientation, she met Lois Ferrari, professor of music and orchestra conductor, and was delighted to learn that she could still join as a nonmajor. “I signed up like that night,” she laughs.

Orchestra rehearsals became a fun creative outlet between rigorous science courses and labs, and practicing music felt more like a poststudy salve than an obligation. “I love chemistry and biology, and there are definitely creative aspects to those when you are doing research, but in class, it is more about learning the material; there is a concrete answer … whereas in orchestra, it was more like, Let’s see what we can create here,” she explains.

When dealing with less concrete scientific studies such as organic chemistry, music helped develop Seavey’s approach to creative problem-solving. “If you can’t attack a problem with music in one way, you just sit back and you think about it, and there’s never really one perfect way to do anything,” she says. “So music kind of helped me to learn to attack things differently.”

“If you can’t attack a problem with music in one way, you just sit back and you think about it, and there’s never really one perfect way to do anything … So music kind of helped me to learn to attack things differently.”

Along with performing in the orchestra, Seavey spent her time outside of class interning at hospitals. She spent one summer shadowing an orthopedic surgeon in her hometown of Denton and later landed an internship with St. David’s Georgetown Hospital through Southwestern. “That’s a great internship,” she says of St. David’s. “A lot of my friends were able to get the same internship because they pick three students a semester, and it’s a 10-week program where you get to go around through a bunch of different specialties.”

Seavey’s high-impact internships helped her gain valuable insight and experience for transitioning to medical school, but her participation in orchestra is what made her stand out in the applications. Discussing her love of music in interviews made her feel more comfortable and helped her leave an impression as an interesting candidate. “They look for something that you can chat about forever, and they want to see you come alive. [Music] is a topic that made me come alive,” she shares. She encourages others planning on going to medical school to pursue the hobbies they love but suggests it is not worth sticking with something you don’t find fun anymore if it is only to help you get into a program. “[Medical schools] want well-balanced people that enjoy what they’re doing, that fill their day with things that they want to do,” she assures.

This fall, Seavey plans to attend The University of Texas Medical Branch in Galveston to begin her medical program. Considering a focus in orthopedic surgery or emergency medicine (areas she shadowed in during her internships), she is also keeping an open mind to where the experience leads her. As for continuing her music practice, she hopes to find or found an orchestra group once on campus. “I’m just going to get there, feel it out, and see if anyone is interested in anything,” she says. “If not, I still have my cello and the Internet, so I can still play.”