A History Major in the Nation’s Capital 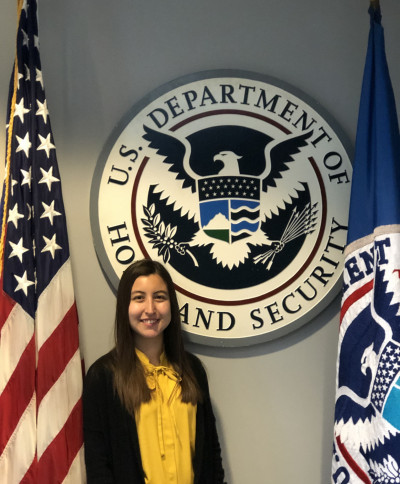 When I was a little girl, I dreamed of working one day at the National Archives and Records Administration (NARA) or the Library of Congress. There was something about these immense institutions that highly piqued my curiosity. I imagined them filled with an infinite amount of books and never-ending documents containing very important information. These places also struck me as exclusively available to very smart people—only for the best of the best, I figured, in my small mind. It seemed impossible that someone as ordinary as myself could ever work there or at an institution of the same caliber. Eventually, however, this dream faded from my memory as I went onto adulthood.

From a young age, I demonstrated a passion for reading and an aptitude for digesting copious amounts of information in short time spans. I went through books like it was nobody’s business, consuming their words and stories eagerly and welcoming the chance to learn something new at every opportunity. In hindsight, this pastime provided an indispensable foundation for my education at Southwestern. I was unwittingly training myself for the rigor of my undergraduate career as a history major and philosophy minor. The history curriculum demanded continuously tackling volumes upon volumes of material to read, organize, and report on coherently. My coursework also groomed me on how to vet sources and question their authority, as well as to reflect on issues at the forefront of our time, such as gender inequality, environmental sustainability, and ethno-racial conflict.

Six semesters came and went, and senior year was finally upon me. It was the last chance to meet my personal goal of graduating with three internships under my belt (I had already done two). Looking for one in the Austin area was out of the question, as I had no car. A friend then suggested looking into the New York Arts program, a semester-long, off-campus program in which students interested in the performing, visual, and communication arts work as apprentices in New York City (NYC). Each student is also assigned an advisor based in NYC who helps the student find an internship. I ended up quickly scrapping this option as well due to cost. Luckily, our school’s Center for Career & Professional Development (CCPD) came to my rescue. It was through their office that I found out about the Washington, DC, program. It was nearly identical to the NY Arts program, with the difference being it was much more affordable, it did not focus strictly on the arts sector, and finding an internship was solely the student’s responsibility. It was perfect. 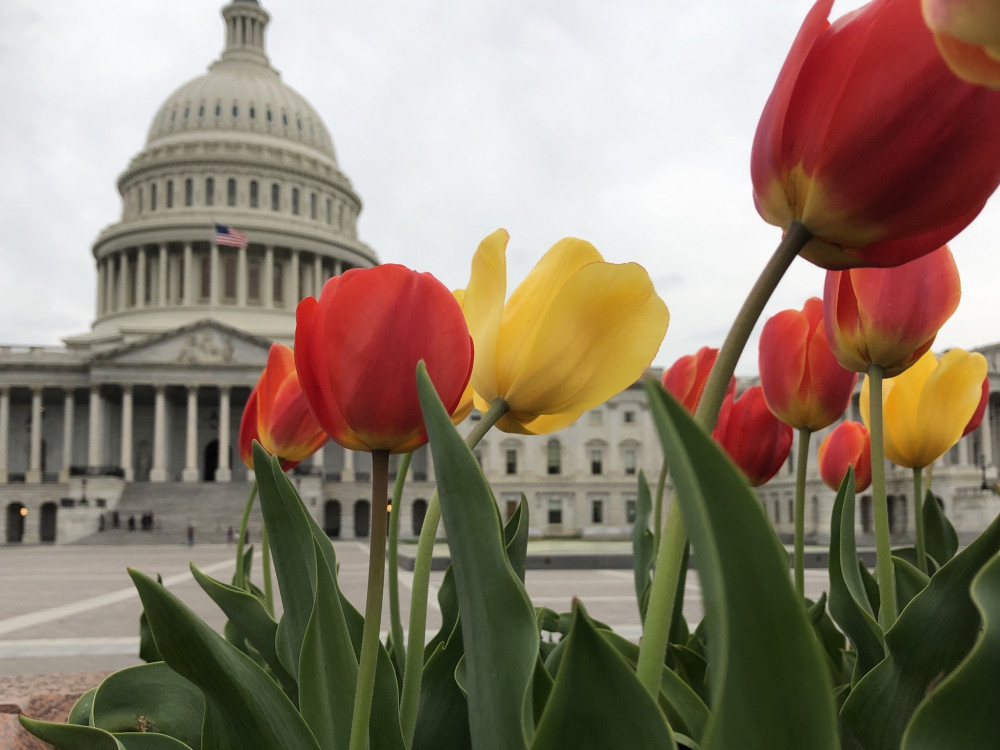 At that point, however, my fate really rested in the hands of the history department. My last semester coincided with capstone, which students traditionally are required to fulfill on campus. Going to DC depended on whether the department chair and capstone professor allowed me to fulfill the course with a higher degree of independence than is usually afforded. In the end, they did, and their support proved to be life changing. I spent countless hours doing research for my thesis at the Bioethics Research Library of the Kennedy Institute of Ethics at Georgetown University and at the Library of Medicine at the National Institute of Health. In no universe would my capstone paper have been what it was without access to these centers. But most importantly, I was a regular at the Library of Congress, at last! I even had my own card! It might sound silly, but I recall my time there as magical and with more fondness than I am capable of describing. The little girl inside me burst with joy each time I sat at one of the impeccable mahogany desks, even when severely sleep-deprived and pressed for deadlines. Although I didn’t end up working for the Library of Congress, working at the Library doing research will always be a great source of pride for me. Hailing from an alma mater capable of affording its students such opportunities is no small feat.

However, before I got to all that, I was still a bit scatterbrained back on campus. Once I got the green light from my professors, the race to find an internship began. I made a list of approximately 12 places to apply to and completed the application process by mid-October. DC has many prestigious opportunities, and it was nerve-wracking to even fathom the amount of competition I’d face. But even more daunting yet was the waiting period that followed, and at one point, I truly feared that come January, I’d be arriving in DC jobless. Thankfully, that was not the case. By the end of November, I had been called back for interviews from four different places and offered two positions: one at the NARA and one at U.S. Citizenship and Immigration Services (USCIS). I heard back from NARA and USCIS on the same day. The moment I found out was very special because it jolted me back to my childhood, when I dreamt of working at NARA. It was very humbling to realize such an opportunity was actually in my grasp now and that I was actually becoming the woman I strived to become. For several days, I went back and forth between the two; both were excellent options. Ultimately, I decided to go with USCIS due to the nature of the agency. Since it deals with citizenship, immigration, asylum, and refugee matters, I figured that such experience would be more transferrable to potential jobs after graduation. Plus, I’d be working in the agency’s History Office & Library, which put me at ease from foregoing an internship at NARA. USCIS’s History Office & Library also includes an impressive collection rivaling any other archival repository in DC. 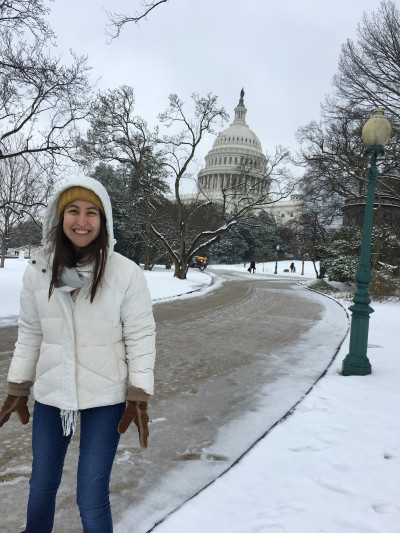 Credit: Lily Rodriguez ’19At USCIS, I was the immigration records and data analyst intern. On a daily basis, I went through public records and legislation, learning how to navigate the complexities of extracting data from government databases, carried out reference requests from the public on federal immigration and naturalization law, and gained a comprehensive understanding of the refugee and asylum process. I also tracked statistics on visas, alien files, immigrant demographics, and ports of entry. One of my longer ventures consisted of a research project on dual citizenship, with the aim of turning the final product into an agency-wide newsletter for the Department of Homeland Security. My supervisors were historians Zack Wilske and Allison Finkelstein. It was the first time I encountered historians working outside of an academic setting, so it was very valuable to see what a career in the public-history sector looked like. Working alongside them reaffirmed that pursuing a history degree was one of the best things I could’ve done and that there were indeed many professional paths available to me.

Another major project that I collaborated on during my time at USCIS was an exhaustive report on how the U.S. created the largest immigrant detention system in the world. It was carried out by The Marshall Project in conjunction with The Guardian by journalists Emily Kassie and Andrew Calderon. My contributions to this assignment consisted of providing Kassie and Calderon with large amounts of raw data from the 1960s onward and doing extensive tape conversion from older media stored at USCIS. Furthermore, the skills I developed throughout my history track involving primary and secondary sources proved crucial to my tasks. Deconstructing inquiries from the journalists and explaining responses to the public at large relied on me being able to find and interpret the proper source material.

Overall, this was a phenomenal internship experience that I would repeat in a heartbeat. I would also pursue the same academic track again because without my history major, it would not have been possible. Living in DC for a semester inspired me to keep dreaming big and pursuing my ambitions, regardless of how lofty they may seem at first. My internship at USCIS also led me to realize I sought human rights-oriented work after graduation. The job hunt is currently underway.