Uncovering the Lost Galleries of Stone and Wilcox: Part Two

When I began working on this project at the beginning of this semester, I expected to find at most a few dozen photographs by the two men in our collection. Instead, after countless hours of scouring the old archival boxes for prints that contained the trademark “Wilcox” and “Stone” signatures, we have uncovered over 300 photographs in the Special Collections archives. These photographs range in subject from individual portraits to landscape images of early Southwestern University and club and fraternity/sorority group portraits. In addition, we have discovered a few other photographers who lived in Georgetown around roughly the same time period, including J.E.H. Chapman, who worked with Wilcox for a year or so, and G.A. Addison, from whom Wilcox seems to have purchased his Georgetown studio. Over the past few weeks, I have been cataloging and measuring each individual photograph so that we have a better idea of the content and scope of the collection; next, we will begin ordering new supplies for rehousing the photographs so that they are better preserved for the future. Once we have supplies for better storage, we can then begin organizing the collection so that it is easier to search and be more accessible for research. In addition to cataloging the photographs, I have also recently begun conducting research about the lives of N.M. Wilcox and R.J. Stone through the Williamson County Sun archives kept on microfilm at the A. Frank Smith Library.

A short summary of what we know about Wilcox and Stone so far:

Nathan Miles Wilcox was born in Salem, Mississippi in 1845, and relocated to Texas with his family in the 1850s. At the moment I know very little about his young adult life, but by 1880 he was living in Georgetown with his mother and two brothers, although he had not yet discovered his love of photography. In 1882, he married a woman from Georgetown named Minnie Sneed, with whom he eventually had four children. By 1887, Wilcox had purchased a photography studio (most likely from G.A. Addison, the only known Georgetown photographer prior to this time). Over the years, Wilcox had a number of partnerships with other photographers, including J.E.H. Chapman in the early 1890s and Masterson in 1913-1914, however, the studio remained primarily under his control for over thirty years. In 1920, Wilcox and his family left Georgetown and moved to Austin, where he became a well-known local historian. He died in 1936 and was buried in Oakwood Cemetery in Austin. 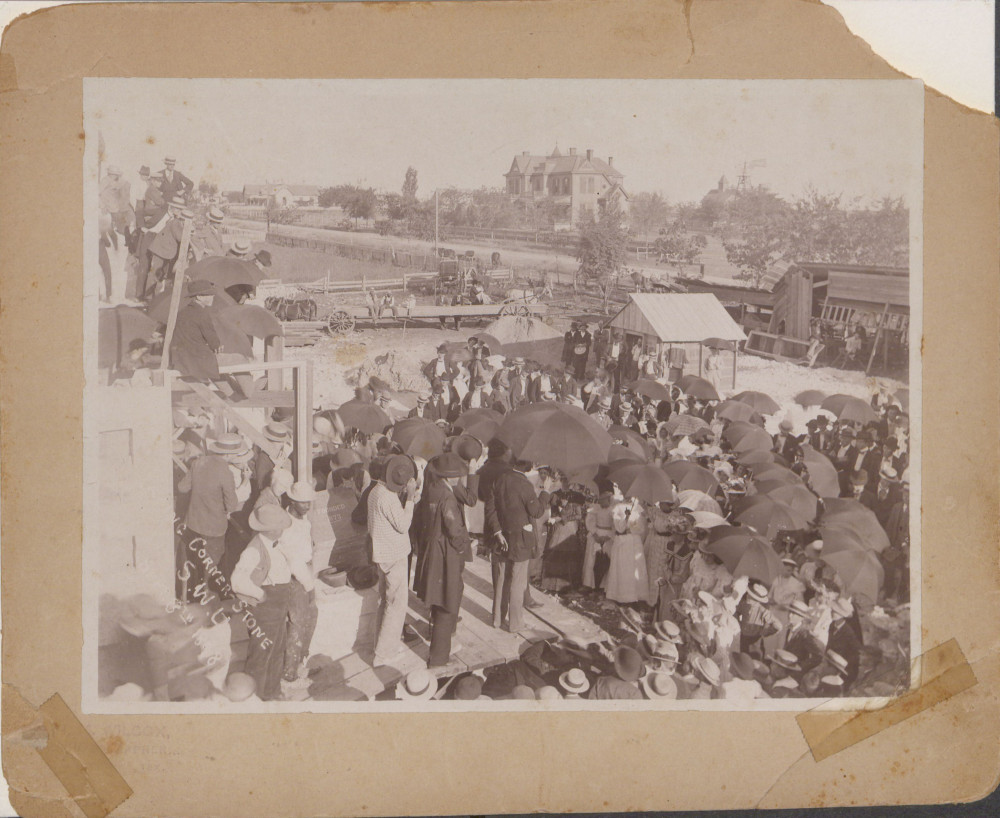 Placement of the cornerstone for the Administration Building [Cullen Building] on September 8, 1898. Photograph taken by N.M. Wilcox.

Robert James Stone was born in 1869 in Chappell Hill and spent most of his early life in Caldwell, where he lived with his brother (or possibly half-brother) T.B. Stone and his family. There, he seems to have begun his photography career, although I have not yet discovered any of his works from this time. T.B. Stone and his family moved to Georgetown in 1893, however, it is unclear if R.J. Stone moved with them. Either way, Stone was living in Georgetown by 1896 at the latest, and his first ad appears in the Williamson County Sun in 1897. In Georgetown, he built a name for himself as “Southwestern’s photographer” and advertised his studio in both the local newspaper and the Southwestern University magazine. He married his wife, Vitula Lee, in 1906 and they had three children together. Stone continued to live in Georgetown until his death in 1953, and he was buried in Odd Fellows cemetery directly adjacent to Southwestern University. 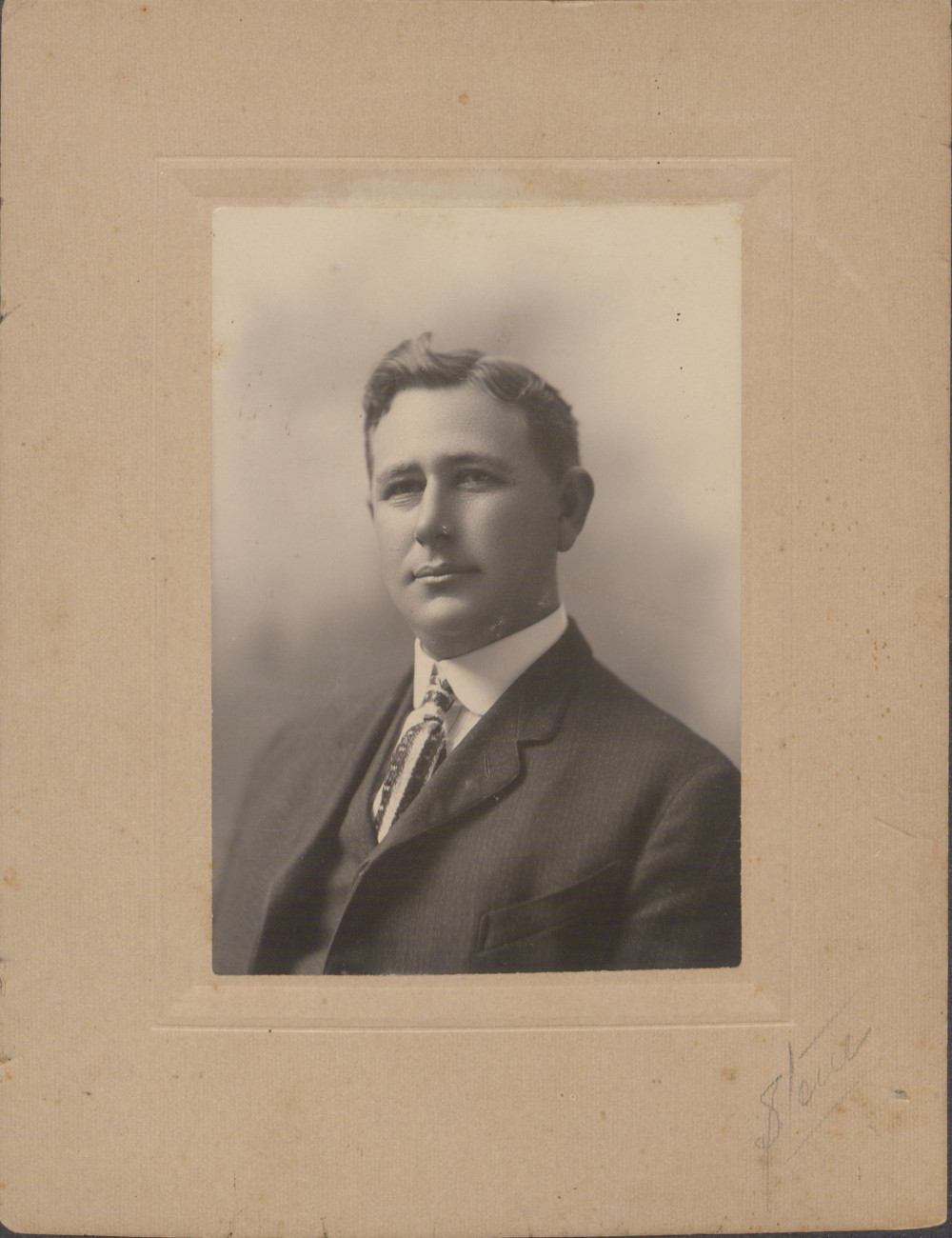 
Over the next few weeks, I will be continuing my microfilm research and begin utilizing other sources as well, including census data and birth, marriage, and death records. Hopefully these new avenues of research can help to fill in some of the missing pieces of the two photographer’s lives that I did not uncover through the Williamson County Sun and my preliminary database research.