Considering how many reviews Brad Reynolds ’98 has posted on TripAdvisor,  you’d think he’s had the travel bug since childhood. At the time of this writing, the expat has logged more than 6,800 reviews about destinations such as stunning New Zealand parks, Egyptian temples far from touristy pyramids, and a great beer house in Belgium. In 2015, he held the Guinness World Record for the most travel reviews.

Dig deeper, though, and you’ll learn that the most prolific reviewer in TripAdvisor’s history has shared tips on far-flung places for just eight years. The managing director and teacher at a language learning center in Hong Kong often churns out three posts a day over breakfast and a few more during lunch by drawing on a tenacity that stood him in good stead while at Southwestern. 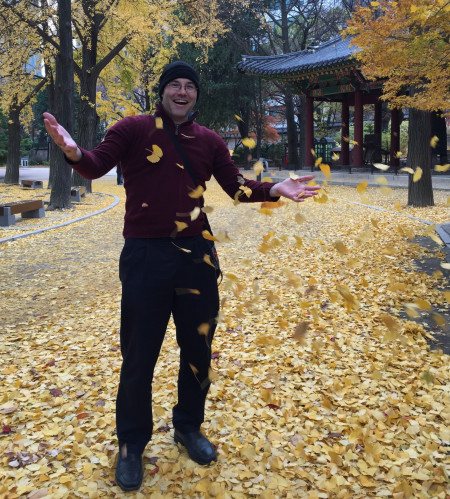 Ask Reynolds where the energy comes from, and he’ll sidestep. “I’ve always credited my success, particularly early on, to the preparation for lots of work and the strive for excellence that I learned at Southwestern,” he comments, recalling late-night study groups and rigorous classes he took while completing bachelor’s degrees in business and economics. He also helped coordinate a variety of cocurricular activities, including serving as president of the business association one year and supervising intramural sports for two.

Reynolds’s idea of travel then was fishing at places such as Lake Georgetown, a pastime he’d picked up during his youth in Oklahoma. Like his father, he began using a little book to record details about fishing trips, such as what he’d caught, when, where, and basic measurements—a habit of attentiveness he would later call upon. For example, after graduation, Reynolds settled into a new job with a consulting firm in The Woodlands, where that same attention to detail helped him manage the development of databases for companies’ pension-related records. “I immediately was thrown into very detailed work schedules there,” he recalls.

He began managing projects within a year. Then, Hewitt Associates (now Aon) asked him about transferring to their London office. “I had really caught the bug to see something outside the States with a Mother’s Day trip my family took to Italy in 2001,” Reynolds says, “so the timing was perfect when Hewitt offered me the opportunity to work abroad.”

While working in London, he vacationed regularly over six years in dozens of places throughout Europe and Africa. His penchant for record-keeping resulted in a catalog of cities and sites he was visiting along the way.

His sense of adventure eventually led Reynolds to his partner, a new city, and a new career. In fall 2004, he scheduled a round-the-world backpacking trip before returning stateside. A chance encounter at a bus stop in Borneo with a vacationing physician changed things just a few weeks in. They were booked at the same hostel and were en route to the same wildlife sanctuary. About three hours in, “Jill jokingly brought up that we should just get married,” Reynolds remembers. “I jokingly responded that the idea made a lot of sense.”

Reynolds recommends that travelers avoid print guidebooks when preparing to go abroad. Why? Hotels and B&Bs sometimes stop maintaining their establishments once they earn a spot in print backpackers’ guides because those publications guarantee guests for as long as those books remain in circulation. Recognizing this moral hazard in the industry was what led Reynolds to researching—and then helping produce more reliable recommendations on—online travel websites.

Several weeks spent together led to a Christmas visit with her family in the Philippines and then staying in touch while he trekked throughout Southeast Asia. He proposed a few months after returning to Manila in March 2005. After wedding ceremonies there and in the U.S., they moved to Hong Kong the following spring so that Jill could become a hospital radiologist.

Reynolds, who was initially unable to work as a dependent visa holder, began pursuing an M.B.A. through a distance-learning program offered by the business school at the University of Warwick, in the U.K. When Hong Kong’s labor rules changed a few months later, he also began teaching English part-time at the Lemon Tree Learning Centre, which focuses primarily on 2- to 12-year-old students. “There was quite a lot of gratification that I felt teaching that I hadn’t felt in a corporation,” he notes, including getting to watch many of his 700-plus pupils grow up. 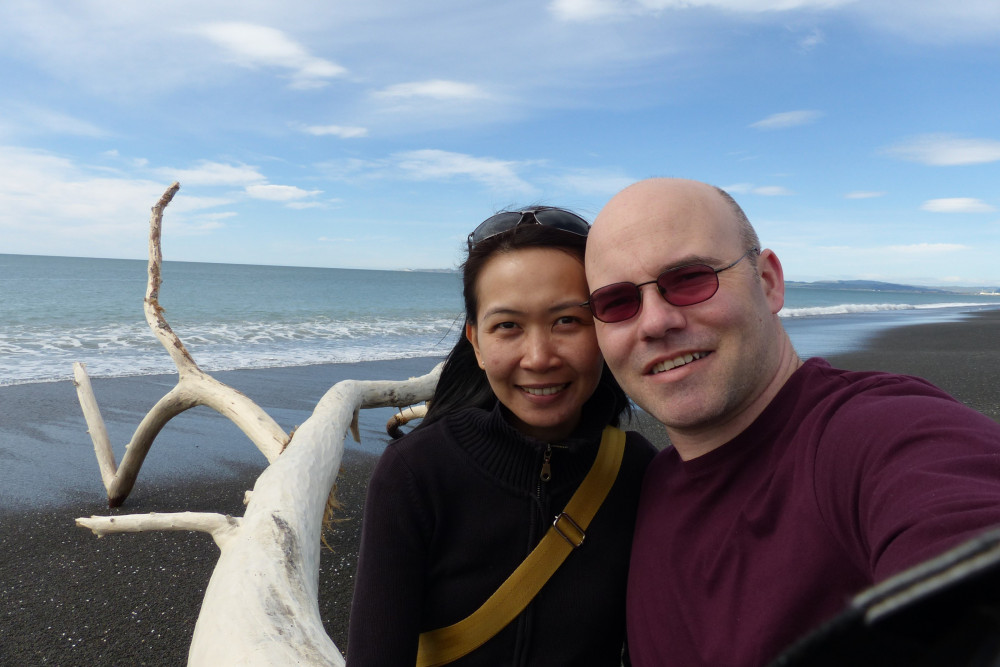 Reynolds and his wife Jill.

To foster student success, he spent 1,500 hours during six-day workweeks developing more rigorous lesson plans and books for teaching English. That work on the content and pedagogical approaches from 2010 to 2013 was followed by two more years—and 2,000 more hours—pilot testing the Lemon Tree Way program in the center’s classrooms. While he considers franchise offers for the language program, he continues to evaluate how well it and other programs provide the language skills students need for admission into highly competitive primary and secondary schools in Hong Kong and abroad. “A few of our students each year are invited to attend boarding schools in the U.K., Australia, Canada, and even the U.S.,” he says.

Brad and Jill Reynolds continue to vacation every three or so months to balance out their hectic work lives, applying the same hard-driving approach to free time. “We joke around sometimes that it feels like we’re a Ferrari in a race,” he says.

For instance, they rise early on vacation, no matter what. “By evening, I’m exhausted,” Reynolds says, “but it’s easy to sleep because I’m satisfied that I’ve done my best with the day.”

Reynolds’s numerous travel posts are available online at TripAdvisor under the handle @BradJill.