Southwestern students travel to San Francisco to learn about immigrant rights and labor.

While many Texas college students spend their spring breaks relaxing on the beach at South Padre Island, tubing down the Guadalupe River, or navigating SXSW, a group of Southwestern University students spent their week off learning about the history and significance of immigrant rights. As participants in one of this year’s Spring Breakaway trips to San Francisco, the Crossing Borders, Building Nations: Immigrant Rights team studied the tremendous labor contributions of immigrant workers in the U.S. as well as the different laws affecting immigrant communities, including how mass deportations can have a negative impact on the nation’s economy.

“It was amazing,” says Maureen Rendon ’21, a music and political science double major who served as site leader for the trip. “It was a really rewarding experience. I loved doing it.”

Rendon shares that before Spring Breakaway, she and her fellow students “were interested in the issue [of immigration] and were aware that anti-immigrant sentiment has been rising since the last presidential election, but we were never really exposed to it face to face.” So to gain that exposure, she proposed the topic of immigrant rights to Southwestern’s Offices of Community-Engaged Learning, Diversity Education, and Spiritual and Religious Life—the sponsors of Spring Breakaway. After her proposal was accepted, she researched organizations in Georgetown, Austin, and San Francisco to identify potential community partners that the students could both collaborate with and learn from.

“Participating enabled me to become more aware of how there are small yet impactful ways each and every one of us can do in order to better the lives of many.” – Crossing Borders, Building Nations participant

You might assume that locating such partners would be an easy task. But as Rendon discovered, many of the relevant nonprofits were quite small, with very few staff members running each organization’s entire operation, so just getting a response required patience and persistence. She eventually chose two nonprofits in San Francisco that provide services to immigrant communities: Arriba Juntos, which aims to support financial self-sufficiency in the Latinx population by providing a range of educational classes and vocational training, and Narika, which promotes women’s independence, economic empowerment, and well-being by advocating for survivors of domestic violence. 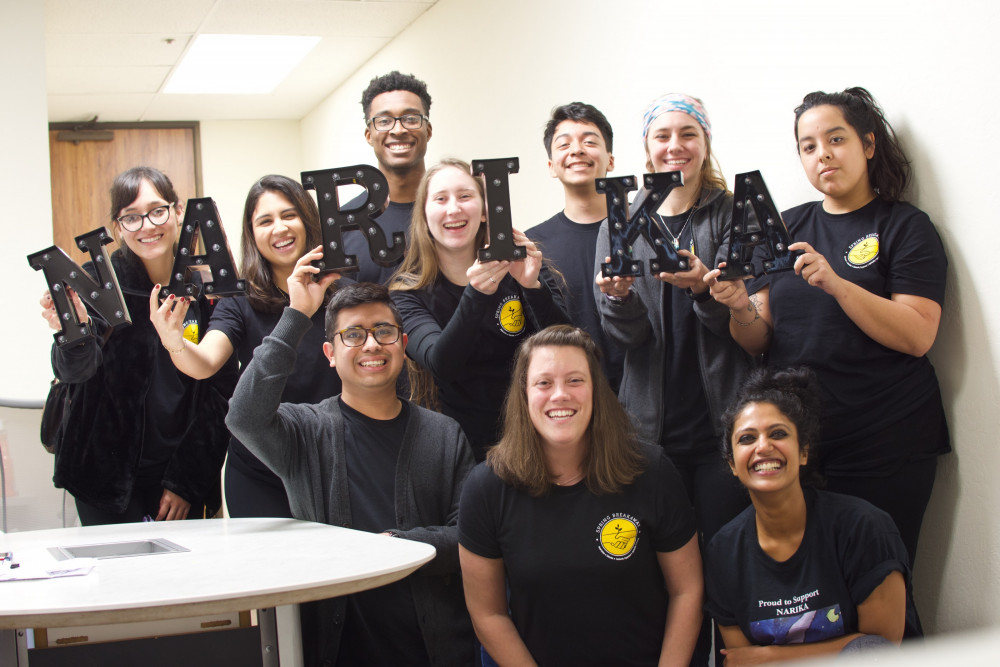 For the months preceding Spring Breakaway, Rendon helped organize and lead educational meetings to prepare the SU students for their trip. She consulted with Assistant Professor of Political Science Emily Sydnor—her faculty learning partner and, as Rendon says appreciatively, her “pillar of support”—to develop dialogue-facilitation skills that would allow her to “ask the big questions” and “lead conversations with the students about sensitive issues.” She also worked with Spring Breakaway student director Lauren Muskara ’20, a premed art major and health studies and biology double minor, to get insight on how to coordinate the group’s schedule of activities in the Bay Area.

During their week in San Francisco, the students had the opportunity to talk with students enrolled in English-as-a-second-language (ESL) courses at Arriba Juntos. The ESL learners shared their stories about where they were from and what they liked about living in San Francisco. At Narika, the SU students assisted with improving the nonprofit’s website and social-media presences, organizing their office space, and doing outreach to support a fundraising event—all while learning that immigrant women who are victims of domestic violence are often too afraid to report abuse to the authorities because they fear deportation.

The week’s activities proved to be an eye-opening experience for the Southwestern students. “Immigration was not just something that was happening on the outside anymore, and it wasn’t just something we were studying in our classrooms,” comments Rendon. “We were able to have conversations with community members and see how the policies and laws that we had studied were affecting the people we were working with. That had a really big impact.”

The San Francisco trip was the first Spring Breakaway for Juan Mojica ’22. At an SU Lunch and Learn event during which participants reflected on their experiences, Mojica commented, “It was so nice being able to bond over work. There was a personal connection between us and the community we were working with, so we were able to learn more about them and from them.”

“I enjoyed being able to be with a group of people who would sacrifice their spring break to do social-justice work.” – Crossing Borders, Building Nations participant

At the same event, Jack Martinez ’21 related how that bonding also cemented fellowship within the Spring Breakaway team. “I really got to know the people in my group, and they’re now the closest friends I have at Southwestern.” Rendon believes those relationships developed out of a shared enthusiasm for an issue. “Something that I took away from [the trip] was that no matter what different backgrounds we come from and no matter the differences between our majors, we have this one topic unifying our group,” she observes. “If everyone is passionate about one specific issue, that one unifying thing grows friendships and creates safe space to have difficult, meaningful conversations. Our students don’t have to be afraid of expressing themselves and their opinions.” She expresses gratitude to the participants for their open minds and good hearts. 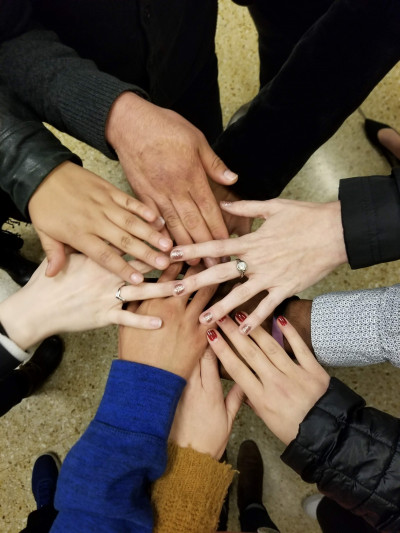 Rendon, who was born in the border town of Laredo, Texas, but grew up in Nuevo Laredo, Mexico, is also grateful that Spring Breakaway helped her apply what she has been studying in the classroom. “I grew up on the border, but I never saw [the direct impacts of immigration] and never thought about it. But once I started getting educated at Southwestern and seeing the impact of American politics on our immigrant communities, it really affected me and really interested me. My first-year seminar”—the 2017 section of the philanthropy-focused course Doing Good and Doing It Well with Associate Professor and Chair of History Melissa Byrnes—“inspired me to apply the knowledge I acquired in the classroom to the outside world and to fight for social justice.” Leading the immigrant rights Spring Breakaway has also helped confirm Rendon’s postgraduate plans. She is hoping to attend graduate school, to work with a nongovernmental organization or law firm that focuses on immigration, and to eventually join the U.S. Foreign Service.

She adds that the priority of Spring Breakaway, a service–learning program, is the latter rather than the former: that is, the participants educate themselves about local issues, arrive as allies, and work with diverse communities not to “fix” an issue but rather to learn what the community’s needs are, how they can be addressed, and how the students can become more effective advocates of the groups and causes they’re learning about. “We emphasize the educational component of the experience,” Rendon explains. “I don’t go in as a savior. This isn’t just a service project where we go in and help and leave. It’s isn’t something just to boost a résumé. I like to go in and learn from the people, and that’s something I learned from both Dr. Byrnes and Dr. Sydnor. This is all an extension of the learning that goes on at Southwestern.”