Southwestern’s first esports team face down challenges and soar to success while flying under the radar.

The Golden Pirates had simple beginnings when its predecessor was founded nearly three years ago by John Rodriguez ’19, a recent Southwestern graduate who double-majored in business and political science. Rodriguez had created an on-campus organization called Tabletop Games his sophomore year because he had a good sense that his immediate friends weren’t the only ones who enjoyed playing games in their free time. It was just for fun at first; mostly, they spent their time playing the card game Yu-Gi-Oh!, but soon, a small community of gamers began to meet regularly on campus.

The casual nature of play between members led from one game to the next, and soon, they found themselves sharing their passion for video games. Erica Cheng ’19, an international studies major, a Chinese and communication studies double minor, and the vice president of the Golden Pirates, has seen the evolution of this organization from the beginning. She says it has always just been a “fun outlet” for members. The shift from card games to computer games just made sense. Fortnite is free, building one’s skill level is free, and most games are not free, so, Cheng says, “if there’s a free game to play, let’s play!” Other games, such as Super Smash Bros., Overwatch, League of Legends, and Fortnite, began to be incorporated as members shared their favorites and competed against one another, and quickly, the organization started growing.

Rodriguez became aware of other schools within the Southern Collegiate Athletic Conference (SCAC) that had official esports teams. These teams were an established part of their athletic departments, receiving the same support as the other teams on their campuses. Some may be surprised by this—and by the fact that esports are even recognized at the collegiate level at all—but more and more conferences are implementing new ways to make esports a priority. Rodriguez began to develop a line of communication between the other SCAC teams to see how SU could be a part of the competitions. With a new direction and emerging possibilities on the horizon, Tabletop Games revised their constitution to include PC and console games, and thus the Golden Pirates was officially established Rodriguez’s junior year at Southwestern.

From this point forward, Rodriguez took on the roles of player, coach, manager, president, founder, captain of the Fortnite team, and SCAC representative. These many titles reaffirm how much effort Rodriguez has put into this organization, organizing both within the club and with other teams (a responsibility that comes with employment and compensation at other schools, as a matter of fact). Cheng jumped on board officially as the vice president to aid in logistics and to consult with Rodriguez about all of the organizing. She also takes photos of the team, helped to design their jerseys, and runs their social-media accounts, but she makes it clear that she is not a gamer; it’s just business.

The Golden Pirates were first inspired by the beautiful colors of Southwestern and their aspirations for winning. Today, they play competitively in a variety of gaming events and in the annual SCAC Conference Showdown, just as any traditional collegiate sports team would aim to wrap up their season. This year, the showdown was hosted by Schreiner University in April, where the Golden Pirates had a competitive finish, placing third in Overwatch, fourth in League of Legends, fifth in Super Smash Bros., and third in Fortnite. They finished in third place overall. 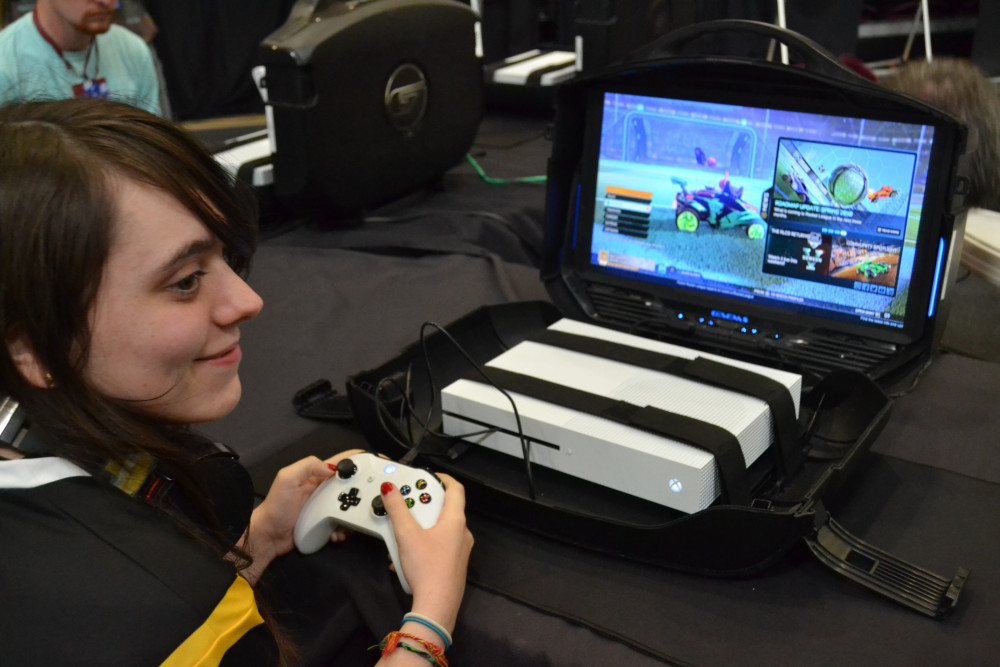 “It was very bittersweet for us to place at conference,” Cheng says. “It highlighted a lot of the disparities that our team faced and showed just how disorganized the conference is. However, we also used this experience to prove just how much we could grow as well.”

Throughout this tremendous growth, Rodriguez recognizes that the best part of his once-small organization is that “it’s really open.” Members pick up on how to play games from other members, and they share knowledge through peer learning. The Golden Pirates have brought so many like-minded SU students together through shared interests, giving them the opportunity to work at, improve, and compete in games they love. But Rodriguez sees the value in this group as the “opportunities it gives to students through networking and job opportunities.” Just like the rapid growth of this organization, the esports industry has grown into a billion-dollar industry—and quickly. Newzoo claims that within the year of 2019, revenues will equal $1.1 billion (26.7% up from last year), and the global audience will grow to 453.8 million viewers (15% up from last year). There is no denying that the pursuit of this passion could lead people to profitable careers one day.

Rodriguez sees this organization and the growing industry as a “gateway for people to pursue their passion and see it as a career.”

Both Rodriguez and Cheng recognize the importance of these possibilities. Rodriguez sees this organization and the growing industry as a “gateway for people to pursue their passion and see it as a career.” Cheng says, “Even though I don’t participate, as a spectator, there is a huge market for this stuff.” For her, just seeing the reality of this is memorable, and it’s reflected in the growth of the Golden Pirates as well. “I didn’t know people liked games like this, but once we started this organization, people came.”

Similarly, Rodriguez says that they don’t even have to recruit people; “it just happens.”

There is certainly a need for a group like this on our campus, and Rodriguez had the eye and the drive to make it a reality, but unfortunately, the future looks a bit bleak for the Golden Pirates. The ultimate goal would be to make the Golden Pirates a recognized team within the athletic department here at SU so they could receive funding, qualified and devoted coaching, and easier access to supplies, travel, and the other things they need to continue to compete at a high level. Until then, the Golden Pirates will likely need someone to step in and take Rodriguez’s place after he graduates, coordinating and organizing nearly everything, which is a lot to ask. But without a doubt, this organization could continue to grow and become a valuable asset to the SU community.