more information
Home» News» Without Work, There Are No Kolaches

Without Work, There Are No Kolaches 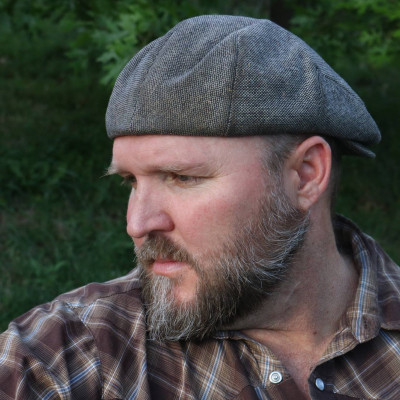 Since graduating as an English major from Southwestern in 1992, Heath Dollar has worked as an educator in the U.S., Asia, and Europe. He studied curriculum and instruction as a graduate student at Texas A&M–Commerce, worked for the Czech Ministry of Education, designed and led freshman composition courses in Thailand, and taught fourth-grade writing and social studies in North Texas. He currently serves as an ESL and bilingual coordinator at Eagle Mountain–Saginaw Independent School District in Fort Worth, Texas. In addition to his work in the field of education, Dollar has served as the lyricist and frontman for a blues–rock band, whose album was released by a Prague record label, and is the author of Waylon County: Texas Stories (Sleeping Panther Press). He recently won the 2018 Texas Observer Short Story Contest for his tale “Ink upon the Furrows” and shared his reflections on the writing life and his Southwestern Experience.

Could you discuss your writing and your story that was named the winner of the 2018 Texas Observer Short Story Contest?

Over the past several years, I have been writing stories set in a fictional Texas county inhabited by speakers of four of the most widely-spoken languages in Texas in the nineteenth century: English, Spanish, Czech, and German. My first published book, Waylon County: Texas Stories, which was released in 2017, includes many of these stories. One of the goals of the collection was to show that Texas is not a monolithic culture, and I sought to convey that message through the celebration of the many cultures of the Lone Star State.

I am currently at work on my second book, and I am thrilled to say that a story I intend to include in it was named the winner of the 2018 Texas Observer Short Story Contest. The story, which is called “Ink upon the Furrows,” is about the elderly publisher and editor of a small Czech language newspaper in Waylon County. In October, I had the opportunity to read the story at a Lit Crawl event during the Texas Book Festival, which was a wonderful experience. In “Ink upon the Furrows,” I reference the Czech proverb, “bez práce nejsou koláče,” or “without work, there are no kolaches,” and I find this proverb applicable to my own life, for I have worked tirelessly at my craft for almost three decades. And after so many years of effort, this particular kolache tastes even sweeter.

How would you describe your Southwestern Experience? 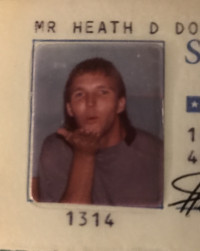 Heath's Southwestern student ID … priceless!Southwestern opened my mind and broadened my horizons. Being a first-generation college student, I hardly knew what to expect the day I first arrived on campus. I now realize how fortunate I was to attend Southwestern. I was introduced to a world of ideas, and I am grateful to have had the chance to build a personal relationship with members of a kind, caring faculty. My advisor, Dr. Debby Ellis, encouraged my writing and gave me a listening ear at a time when I truly needed one. Dr. Ellis touched many lives, and I love the fact that the University now has a writing center that bears her name.

While at Southwestern, I was given the opportunity to study abroad in London. At that time in my life, I had rarely traveled beyond the Texas state line, and London was merely a distant dream that had occupied my mind since childhood. The chance to study in London opened a new world to me, and it set my life on a new trajectory. It removed—in the words of William Blake, whose work we studied that semester—“the mind-forged manacles,” and I came to realize that if I could study in London, then perhaps I could work abroad as well.

How did your Southwestern Experience impact your future life?

Heath and his wife Martina at an elephant camp near their home in Northern Thailand.Having become enamored with a traveling life during that semester abroad, I took a job teaching in the Czech Republic, in a small town on the border with Germany. During those years, I also played in a rock band signed with a Prague record label and met my wife, Martina. After that, I taught at a university in Thailand for a couple of years. During my years abroad, I traveled to many incredible places. I visited the Blue Mosque in Istanbul, the Great Pyramid of Giza, and the ruins at Delphi. While living in Thailand, Martina and I spent our honeymoon hiking through the jungles of Borneo and exploring the ruins at Angkor Wat. Lao Tzu once wrote that “a journey of a thousand leagues starts from where your feet stand.” Southwestern helped me take that first step.

Now that I am back home in Texas, it is perhaps not surprising that today I serve as a coordinator for a bilingual, English as a second language, and world languages program for a local school district. It is a satisfying career path I would have never traveled down had I not taken that first trip abroad with Southwestern.

Being both a Southwestern alumnus and a Texas writer, how have you been influenced by J. Frank Dobie?

I am proud to have graduated from the same university as the great folklorist J. Frank Dobie. I find it inspiring to think that I attended class in some of the same rooms as he did. A friend of mine once told me that Dobie had not so much influenced his writing as been absorbed into it, and I have to say that I share that sentiment. Dobie is like the air we breathe. I owe a debt to J. Frank Dobie and greatly respect his love for Texas and the tales of Texans of all backgrounds.

Yes, I think it is interesting to note that the Czech language was actually taught at Southwestern in the early 20th century. That is one of my favorite pieces of SU trivia.