more information
Home» News» My Time Across The Pond

My Time Across The Pond

Southwestern senior Parker Rankin details his adventure while studying abroad and completing an internship in London.

Just over a year ago, I was still recovering from jet lag as I struggled to make the adjustment to life in the US again.  I had just spent three and a half months studying and working in the heart of London, England followed by almost three weeks of travel in Italy, Austria, and Germany.  To say it was a life changing experience would be an understatement. Looking back I have some incredible memories that I will cherish forever and that feed my insatiable itch to get back across the pond.

Studying abroad often has the studying part overshadowed by the adventure that comes with the new and exciting locations that people go to.  And even in my case, when my parents and friends would check in on me they would always ask, “Are you even at school?” With a laugh I would always answer them, “Yes. Yes I am.”  In fact, I was also working. In addition to taking three immersive courses within the city of London, I found myself lucky enough to have an internship in the heart of the West End.  Twice a week I worked at a production company called Thumbs Up Productions where my main responsibility was research for new show ideas that we could pitch to broadcasters.  But before I get to far along with how amazing my experience was, I should tell you how I ended up there.

With the aid of the Southwestern Office of Intercultural Learning, I sent out my resume and cover letter to several companies that fit what I was looking for.  Not long after I received two invitations for an interview. After completing the interviews and receiving offers, both companies looked great and I thought both would be valuable experiences, so I chose the one that I thought would help me the most going forward. 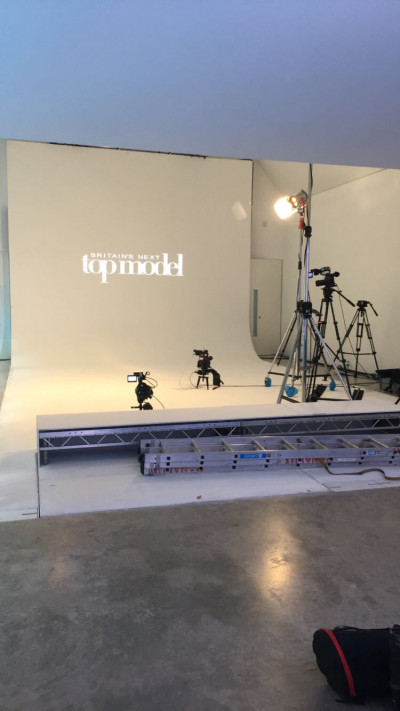 Thumbs Up it was!  The production company produces factual and fictional entertainment programs for broadcasters in the UK and the US including the smash hit show Britain’s Next Top Model.  I know what you are thinking. Yes, I did get to work a couple of elimination shoots for Top Model. It was really cool being able to meet the models and talk to them about how they ended up there, as well as speaking with the famous judges and learning how they got to the top of their respective professions.  Unfortunately, three shoots was all I was able to do with Top Model. The main responsibilities as I mentioned before was research. Each morning, after making my first cup of English breakfast tea, I would walk down the street to the market and pick up about five newspapers and magazines. I would sit at my desk going through each of them looking for anything interesting that I thought could potential lead to a new show idea.  This led to show ideas such as Heirbnb where the show would look at the castles and mansions that are scattered throughout the UK and are being rented out to supplement the cost of their costly upkeep. I would also take existing ideas that my team members had come up with and done research to develop the idea more into something that could actually be presented to broadcasters. The job was fun and presented a new challenge each morning.  It also allowed me to tap into my creative side and show my originality.

Not only did I have a great experience and learn about the inner workings of a premier production company, I also learned about the culture of the UK beyond what I would have seen as just a student.

Not only did I have a great experience and learn about the inner workings of a premier production company, I also learned about the culture of the UK beyond what I would have seen as just a student.  I was able to hear from Brits opinions on politics such as the craziness that was Trump vs. Clinton and the controversial Brexit that the country had voted on just prior to my arriving. I was told about the exciting places to go on holiday to in the UK and Europe and the things to do so as not to be a tourist in Europe, but be like a local.

At the end of my semester and internship I had come to call London home.  I was a local and will never consider myself a tourist when I set foot there again.  I am so grateful to everyone who made my trip possible and made my experience there unforgettable.  If you ever have the opportunity to study abroad, take the time to also get an internship because it will take your experience to another level just like it did for me.