The Brown Symposium is now presented by Southwestern University on a biennial basis. Open to the public without charge, the symposium is funded through an endowment established by The Brown Foundation, Inc., of Houston, Texas, for professorships at the University.

The symposia are designed to enhance the effectiveness of the work for which the endowed professorships were established. Each symposium presents topics in one of the broad areas of study represented by the chairholder. 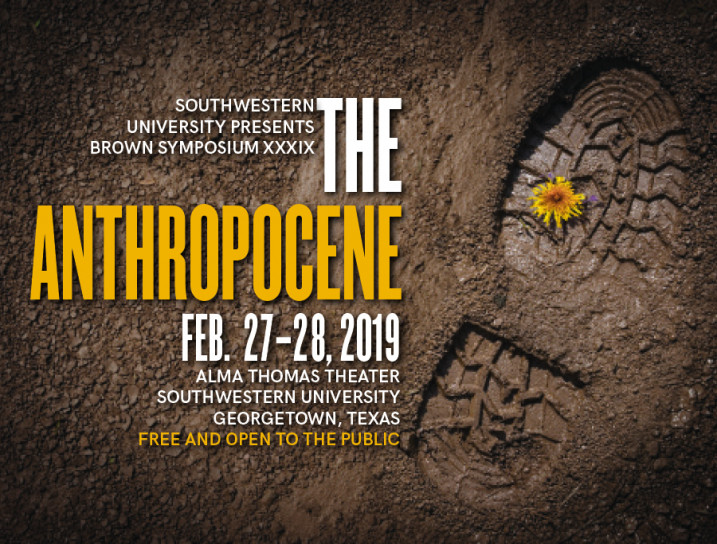 The earth and all of the species living here go through various transformations over time. For example, there have been six “great extinction” periods over the last 500 million years (we are living in one now). But for the first time in this series of changes, one species is the primary cause – humans. In response to that, some scientists and historians suggest that we have entered (and created) a new geological epoch. Welcome to the Anthropocene, the Age of Humans. While this might seem, and is, quite a self-centered designation, it is also, and more importantly, a self-critical one. Because of humans the climate is changing and numerous other species have either gone extinct or are threatened with extinction. Should we just sit idly by, continuing down this road? Or should we enact change to try to shift the path of destruction? Brown Symposium XXXIX explores these and myriad other questions through various lenses. Join us February 27-28, 2019 for “The Anthropocene.”